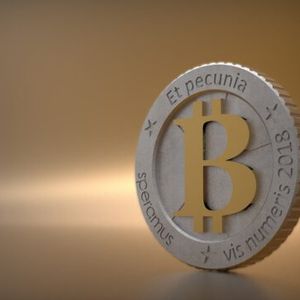 The recent surge in the price of Bitcoin has revived hope in crypto assets. To this point, pseudonymous crypto analyst Cheds stated that a massive rally might not be far-fetched for BTC soon. The crypto market struggled with rising inflation rates and other negative factors in 2022. However, in 2023, BTC has picked up positive price momentum, with some investors believing the worst days are over. Ched’s prediction is bullish on the performance of BTC in the future. Related Reading: ETH Whales Scoop Up SAND – Up Nearly 80% – For Its Highly Bought Crypto Menu $BTC visual of this potential bull thesis on daily https://t.co/eUfkmAOx5N pic.twitter.com/UVOCTjctZl — Cheds (Trading Quotes) (@BigCheds) January 14, 2023 Cheds on Twitter gave his forecast on the BTC price based on his technical analysis. He stated that Bitcoin might see a bullish reversal. In his words, above $18,200 opens up the possibility of an inverse head and shoulders complex, multiple shoulders and head with neck base at $25,500. His optimistic forecast has Bitcoin soaring up to the $37,000 level, which will be a 76% increase from its current value. He suggested that fear of missing out (FOMO) will drive more traders to chase BTC rallies. Bitcoin also closed above its 200-day moving average. Ched labeled this move a sign of BTC’s strength. He believes the altcoins will also spark to life once Bitcoin and Ethereum slow down to consolidate their positions. Tim Draper, a BTC bull, was more optimistic about the price movement of Bitcoin. His analysis predicted that Bitcoin would be worth $250,000 by the end of 2023. While the figures seem outrageous, he stated that Bitcoin would enjoy increased adoption in retail spending. Draper emphasized that only one in seven BTC wallets belongs to a woman. He expects more women to adopt BTC wallets. Standard Chartered bank held a more pessimistic view. In their forecast, Bitcoin might sink to around $5,000. They also stated that as more exchanges battle financial issues and bankruptcy, the prices will decline. According to their forecast, these financial issues will erode investors’ confidence in digital assets. What Is Behind The Crypto Resurgence? The crypto market has improved its outlook, with BTC leading the market. Although experts vary in their forecasts and predictions, several factors have led to this positive turn of events in 2023. Generally, the financial markets correlate with the American economy. For example, in 2022, inflation rates increased as well as a rise in unemployment rates. The forex and stock markets felt the impact of these rate adjustments, with cryptocurrencies following suit. But the recent inflation data for December showed a decline which may have spiked crypto prices. Also, cryptocurrencies now enjoy wider adoption and acceptance despite regulations in certain regions. They serve as a faster means for processing payments, and their utility has soared recently. Technological advancements like Web3 have also played a part as most crypto projects look to join this trend. These factors have also boosted the prices of crypto assets. Bitcoin (BTC) Short Or Long? BTC is above the $21k level and has continued its positive price trend in 2023. However, traders might be skeptical about BTC wondering if it is a bull run or a bull trap. Related Reading: Polkadot: Why Recent On-Chain Feats Could Trigger Strong Investor Sentiment The asset is currently trading above its 50-day and 200-day simple moving averages. This technical indicator shows that both the short-term and long-term look encouraging for Bitcoin. Featured image from Pixabay and chart from Tradingview.com

N/A
Get Crypto Newsletter
Market Cap
24h Vol
41.53%
Bitcoin Share
32
Today News
Read the Disclaimer : All content provided herein our website, hyperlinked sites, associated applications, forums, blogs, social media accounts and other platforms (“Site”) is for your general information only, procured from third party sources. We make no warranties of any kind in relation to our content, including but not limited to accuracy and updatedness. No part of the content that we provide constitutes financial advice, legal advice or any other form of advice meant for your specific reliance for any purpose. Any use or reliance on our content is solely at your own risk and discretion. You should conduct your own research, review, analyse and verify our content before relying on them. Trading is a highly risky activity that can lead to major losses, please therefore consult your financial advisor before making any decision. No content on our Site is meant to be a solicitation or offer.