CBDCs are the future of money, payments as most of globe explores them: BofA 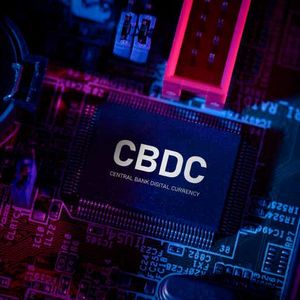 Central Bank Digital Currencies (CBDCs) "do not change the definition of money, but will likely change how and when value is transferred over the next 15 years," Bank of America analyst Alkesh Shah wrote in a note Tuesday. Note CBDCs are a type of digital currency issued and backed by a central bank (think Federal Reserve, European Central Bank, etc.) instead of a commercial bank. In essence, they are a digital form of a country's fiat currency, such as the U.S. dollar ( DXY ) and euro, designed to boost efficiency and reduce costs typically through the use of blockchain technology. "CBDCs have the potential to revolutionize global financial systems and may be the most significant technological advancement in the history of money," Shah contended. As of now, 114 central banks are exploring CBDCs, up significantly from 35 in May 2020, he added. In the meantime, financial systems are built on centralized infrastructure that requires third-party intermediaries, which "limits efficiencies, interoperability, innovation and functionality, such as conditional payments." Distributed ledgers, though, are built on decentralized infrastructure that "removes fragmentation and the need for intermediaries, which increases efficiencies, interoperability and innovation and expands functionality by replacing APIs with smart contracts." There are risks involved with CBDCs, Shah warned, depending on their design and issuance. He expects central banks in developed economies to start focusing on payments efficiency, while those in developing economies will focus initially on financial inclusion. One of the big risks is that CBDCs could drive competition with bank deposits, potentially leading to a loss of monetary sovereignty and inequality among countries across the globe, according to the note. In November 2022, Japan's central bank was said to conduct CBDC experiments with three banking giants . Take a look at SA contributor Richard Lehman's clarification on CBDCs .

N/A
Get Crypto Newsletter
Market Cap
24h Vol
41.47%
Bitcoin Share
247
Today News
Read the Disclaimer : All content provided herein our website, hyperlinked sites, associated applications, forums, blogs, social media accounts and other platforms (“Site”) is for your general information only, procured from third party sources. We make no warranties of any kind in relation to our content, including but not limited to accuracy and updatedness. No part of the content that we provide constitutes financial advice, legal advice or any other form of advice meant for your specific reliance for any purpose. Any use or reliance on our content is solely at your own risk and discretion. You should conduct your own research, review, analyse and verify our content before relying on them. Trading is a highly risky activity that can lead to major losses, please therefore consult your financial advisor before making any decision. No content on our Site is meant to be a solicitation or offer.