Grayscale Bitcoin Trust Should Liquidate And Move On 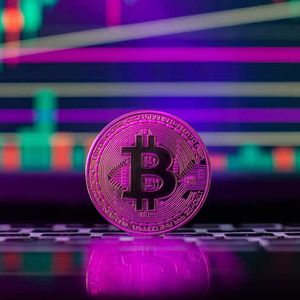 Summary GBTC has continued with its effort to convert to a spot ETF just as its discount to NAV remains persistent. The discount of around 40% could be closed by partial liquidation and buying back shares, but this is unlikely to be pursued by Grayscale. Institutional adoption of crypto has likely peaked and declining interest from this cohort could reduce any near-term upside for Bitcoin. Grayscale Bitcoin Trust (GBTC) investors broadly fall into two categories. The arbitrageurs and the Bitcoin bulls. The former are pulled into a trust trading at around a 40% discount to its net asset value which holds 0.00091227 in Bitcoin per share. The eventual closing of this discount forms the theoretical base of the bull case and is backstopped by the trust's ongoing litigation with the SEC to convert into a spot ETF. If successful, this would spark a significant rally. Data by YCharts Grayscale's previous attempt to convert GBTC into a spot Bitcoin ETF failed because the SEC deemed the ETF application did not have enough controls to protect investors from "fraudulent and manipulative acts and practices." This statement has been repeated by the SEC in all of its Bitcoin ETF rejections. Hence, whilst I'll refrain from commenting on the potential outcome of the legal case, it's important to point out that Grayscale's parent company Digital Currency Group has been ensnarled in numerous controversies and investigations over the last month. DCG's financial dealings are being investigated by the SEC and federal prosecutors in Brooklyn just as its crypto broker Genesis is being sued by regulators for incorrectly selling unregistered securities to the general public. DCG also owes $3 billion to a consortium of creditors and had at least $175 million worth of funds stuck in the bankrupt FTX platform. Hence, it's hard to see how the discount, likely partially driven by a crisis of confidence in DCG, can be slimmed with the overhang of such pertinent issues. Institutional Adoption Falls To A Point Of No Return Large-scale institutional adoption of Bitcoin like Tesla's now abandoned use of crypto as a payment method helped to drive the previous 2021 highs. The bearish argument here is that institutional crypto adoption is unlikely to return to the level of hype and euphoria of the pandemic years. Firstly, the regulatory backdrop has turned dark with the SEC actively pursuing an aggressive policy as a form of a retrospective reaction to the high-level collapses of crypto firms seen last year. The SEC is looking to categorize and regulate Bitcoin as a security, New York State-registered banks now need to receive regulatory permission 90 days before they get involved in crypto, and more US states are also looking to place heavier regulatory bottlenecks on crypto activity. At least three crypto companies pulled their plans to go public via blank check firms late last year. This includes stablecoin provider Circle and crypto exchange Bullish . Further, venture capital investment in crypto companies has collapsed with relevant downstream impacts on the overall ecosystem. VC investment in crypto startups in the fourth quarter of 2022 was $2.3 billion , a 75% decline from the year-ago period. We could see a secular trend where generalist VC funds move previously planned crypto capital to other investment thematics to the detriment of the institutional crypto infrastructure. Closing The Discount Gap Faces A 2% Annual Management Fee GBTC's 2% annual management fee is large. In an open letter to DCG, crypto asset manager Osprey Funds suggests the trust reduces its annual fee to 0.49% and implement a redemption program not dissimilar to that of Sprott Physical Gold Trust ( PHYS ). Sprott allows unitholders to redeem for physical metals on a monthly basis. At one point GBTC's discount to NAV reached nearly 50% with the market taking an extremely bearish view on the outlook for Bitcoin and DCG. Indeed, the last six months for the cryptocurrency has at times seemed like the requiem for a lost dream. Not only is DCG currently in a public fight with the 10th largest cryptocurrency exchange Gemini after its subsidiary Genesis suspended withdrawals for the exchange's Earn product last year, but the company is also facing bankruptcy rumours . With ARK Invest's Cathie Woods just coming out with a stratospheric price target of $1 million per Bitcoin by 2030, the underlying euphoria is clearly still there but has met the new realities of a market facing structural decline from an institutional perspective to a new low. The most salient of the factors that drove Bitcoin to reach highs of around $66,000 per Bitcoin in 2021 is retrenching and the ramifications will likely be an extension of the crypto winter. GBTC's most obvious response to close the discount to NAV would be to liquidate its Bitcoin holdings and use the proceeds to buy back shares of the trust in the open market. This would force sentiment to change and create a backstop preventing the trust from trading at a material discount to its NAV. Management has announced that it could liquidate up to 600,000 of its Bitcoin to fund a tender offer for its shares. Whilst this would be the path forward for shareholders, Grayscale will likely hold off on this for as long as possible as it would reduce the pool of assets they charge their fee. A 2% fee is material against a trust whose only mandate is to buy a single asset, this is more than 4x the amount charged by Sprott for its gold trust. I believe that correcting this and partial liquidation are the only way forward in the event the company's legal case fails. I'm neutral on Bitcoin's near-term future but GBTC likely represents one of the more unattractive ways to gain exposure to the digital asset.

N/A
Get Crypto Newsletter
Market Cap
24h Vol
42.28%
Bitcoin Share
26
Today News
Read the Disclaimer : All content provided herein our website, hyperlinked sites, associated applications, forums, blogs, social media accounts and other platforms (“Site”) is for your general information only, procured from third party sources. We make no warranties of any kind in relation to our content, including but not limited to accuracy and updatedness. No part of the content that we provide constitutes financial advice, legal advice or any other form of advice meant for your specific reliance for any purpose. Any use or reliance on our content is solely at your own risk and discretion. You should conduct your own research, review, analyse and verify our content before relying on them. Trading is a highly risky activity that can lead to major losses, please therefore consult your financial advisor before making any decision. No content on our Site is meant to be a solicitation or offer.