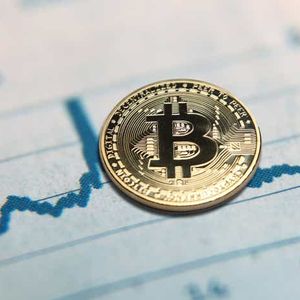 Bitcoin ( BTC-USD ) gave up earlier gains on Wednesday as the U.S. Justice Department charged Anatoly Legkodymov , founder of cryptocurrency exchange Bitzlato, with money laundering and ransomware. Legkodymov was arrested last night and, if convicted, could face a maximum of five years in prison. Bitcoin ( BTC-USD ) started the day in the green, rising to a four-month high of $21.54K. It later gave up gains ahead of the DoJ announcement amid growing worries over ramped up regulatory scrutiny. After the announcement was made, the coin dipped further. Sentiment was also weighed by broader markets, which fell as weak economic data sparked growth concerns . The top crypto ( BTC-USD ) is currently 1.6% lower at $20.87K, while ether ( ETH-USD ) slipped 2.3% to $1.54K. "Bitcoin ( BTC-USD ) turned negative as economic growth concerns percolated all over Wall Street. There were a lot of weaker than expected economic readings today, which might have some traders abandon soft landing calls," Edward Moya, senior market analyst at OANDA, told Seeking Alpha. "The crypto space will get cleaned up this year. Headlines of bad crypto companies getting caught should be considered good news for long-term growth," he added. Cryptocurrency mining stocks also slumped after most posted gains in at least the past two weeks: Marathon Digital ( MARA ) -14.8% , Hut 8 Mining ( HUT ) -15.5% , Bit Digital ( BTBT ) -11.8% , Bitfarms ( BITF ) -10.7% , Riot Platforms ( RIOT ) -9% , Cipher Mining ( CIFR ) -4.9% . Now read: FTX debtors identified ~$5.5B of sellable assets as part of the crypto exchange's bankruptcy proceedings .