Asian Traders Behind Most Of Bitcoin’s Recent Gains, Report Reveals 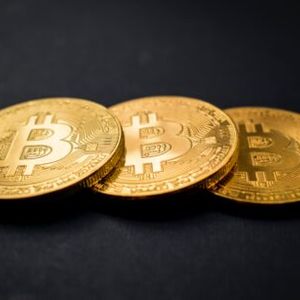 Data shows most of Bitcoin’s recent gains since November 27 have been observed during Asian trading hours, according to a report. Bitcoin Saw The Most Returns During Asian Trading Hours As per the latest weekly report from Arcane Research, Asian trading hours saw positive cumulative BTC returns of around 16% between November 27 and January 15. The report defines the three principal trading hours: between 0 to 8 Central European Time (CET) for Asian hours, 8-16 CET for European, and 16-24 for the US. Here is a chart that shows the cumulative returns that Bitcoin got during each of these trading hours since 27 November: The value of the metric seems to have been the lowest for Europe | Source: Arcane Research's Ahead of the Curve - January 17 As shown above, Bitcoin has seen chiefly positive returns during Asian trading hours between 27 November and 15 January. This would suggest that traders in Asia have been participating in net buying throughout this period. Related Reading: Altcoin Indexes Outperform Bitcoin, Small Caps Lead Market The US trading hours mostly saw consolidation in this timespan, implying that activity might have been at a standstill. BTC’s returns were also negative at the end of the year during these hours, while they always remained positive during Asian hours. There was one exception. However, the market reacted strongly to the CPI news last week, and BTC observed gains. Bitcoin’s cumulative returns stand at 10% in the green during US hours, while they stand at 16% for Asian hours. European hours also mostly saw sideways movement, with BTC remaining at slight negative returns through most of the period, until the recent surge, which also saw buying during this time zone. Still, this uplift was enough to bring the crypto back to neutral returns. Related Reading: Bitcoin On Exchanges Drop By 44%, Could This Fuel More BTC Rally? This means that most of BTC’s recent profits came during the Asian hours, with US participants only pushing the price in last week’s CPI surge, while European traders were mainly irrelevant for the coin. An exciting trend appears in the correlation between Bitcoin and Nasdaq futures for each time zone. The “correlation” here refers to a measurement of how closely the price of BTC has been following changes in Nasdaq futures. The below chart highlights the trend in the daily Bitcoin correlation with Nasdaq futures sorted by hours of the day. Looks like the value of the metric has been low for the first two time periods | Source: Arcane Research's Ahead of the Curve - January 17 According to the report, the overall 30-day correlation between Bitcoin and Nasdaq has recently plunged to pretty low values. However, even so, it would appear that there is some relevant correlation during US trading hours still present. This means price action tends to follow Nasdaq futures in this time zone. In Asian and European trading hours, however, the indicator’s value has consistently remained low this month so far. BTC Price At the time of writing, Bitcoin is trading around $20,800, up 20% in the last week. BTC has taken a plunge | Source: BTCUSD on TradingView Featured image from Dmitry Demidko on Unsplash.com, charts from TradingView.com, Arcane Research