Tezos Approaches The ‘Mumbai Upgrade’, What’s Next For XTZ? 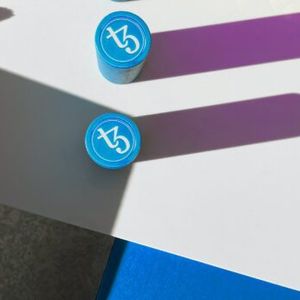 Tezos (XTZ) network is readying itself for its latest upgrade, called the ‘Mumbai Upgrade.’ On January 17, Nomadic Labs, which is a blockchain developer within the Tezos community, mentioned the Tezos protocol proposal, Mumbai, which is headed toward the implementation process. This will be the 13th upgrade made to the Tezos network. This upgrade will implement various new features. The main features include transfer tickets between accounts and a much shorter block time of 15 seconds. Related Reading: Solana Gleams 30% In Last 7 Days As SOL Bulls Try To Break $21 Barrier Further, this upgrade will add Epoxy, a new technology on Mainnet, which is precisely a validity rollup that can also be referred to as a new layer 2 scaling solution. The Mainnet will gain further strength due to Epoxy, which introduces SNARKs’ proof-of-validity, which will be the reason for quicker transactions. This 13th upgrade, which is called the ‘Mumbai Upgrade’ will be implemented after a number of tests are carried out. However, once implemented, the system will get closer to Tezos’ target of achieving one million transactions per second, according to the Nomadic Lab’s report. The implementation of the upgrade will, as a consequence, increase the value of Tezos’ native token XTZ. The price of the altcoin, XTZ, has reacted positively to this development. XTZ experienced a price reversal, but the altcoin has since resumed its bullish momentum. Tezos Price Analysis: One-Day Chart XTZ was trading at $0.99 at the time of writing. Although the coin started to retrace over the 48 hours, it has regained bullish momentum on the chart. The altcoin has formed a prominent cup-and-handle trading pattern, which is an extension of bullish momentum. This change in price momentum can be attributed to the announcement of the ‘Mumbai Upgrade’. Immediate resistance to XTZ stands at $1.02, but the coin is expected to retrace to $0.97. Once it reaches the $0.97 mark, Tezos can target $1.19, which will mean an 18% appreciation. Over the last week, the coin managed to surge over 8%. The amount of XTZ traded in the last session increased, signifying an increased amount of buying. Technical Analysis XTZ had secured a multi-month high with regard to the buying pressure it witnessed. The Relative Strength Index (RSI) touched the 80 mark a few trading sessions ago, signifying an overvalued tendency. Often, a coin that is overbought experiences a price correction and a fall in demand; Tezos also displayed the same, but at press time, the RSI again noted an uptick. This uptick could mean that the altcoin might head back close to the 80-mark. This unusual uptick can be because of the newest development. On the same note, XTZ rose above the 20-Simple Moving Average (SMA), which indicated that buyers were driving the price momentum. Related Reading: Bitcoin Drops To $20,700 As Miner Outflows Surge The coin was above the 50-SMA (yellow) line too. So with increased accumulation, XTZ can soon breach the 200-SMA (green) line. Overall, Tezos remains quite optimistic on the chart; however, the coin has to remain above its local support line of $0.97 for the uptrend to continue. Featured Image From UnSplash, Charts From TradingView.com

N/A
Get Crypto Newsletter
Market Cap
24h Vol
42.31%
Bitcoin Share
40
Today News
Read the Disclaimer : All content provided herein our website, hyperlinked sites, associated applications, forums, blogs, social media accounts and other platforms (“Site”) is for your general information only, procured from third party sources. We make no warranties of any kind in relation to our content, including but not limited to accuracy and updatedness. No part of the content that we provide constitutes financial advice, legal advice or any other form of advice meant for your specific reliance for any purpose. Any use or reliance on our content is solely at your own risk and discretion. You should conduct your own research, review, analyse and verify our content before relying on them. Trading is a highly risky activity that can lead to major losses, please therefore consult your financial advisor before making any decision. No content on our Site is meant to be a solicitation or offer.