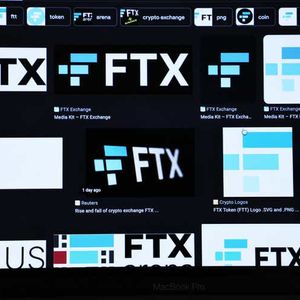 FTX Token ( FTT-USD ) shot up 32% in Thursday afternoon trading after the new chief of FTX, John J. Ray III, said he's considering to possibly revive the bankrupt cryptocurrency exchange as he works to recover lost assets to repay creditors. Ray, a restructuring expert who oversaw Enron's bankruptcy proceedings, noted he has created a task force to explore rebooting operations at FTX.com, the crypto empire's international exchange, he told The Wall Street Journal in an interview. His thinking behind the potential move comes as customers have lauded FTX's technology and suggested the revival of FTX.com would recover more value than liquidating the firm's assets, he said. That's despite the fact that former FTX CEO Sam Bankman-Fried was accused of defrauding customers prior to his resignation and the simultaneous bankruptcy filing on Nov. 11, 2022. “Everything is on the table,” Ray said , as quoted by the newspaper. “If there is a path forward on that, then we will not only explore that, we’ll do it.” In response to Ray's first interview since taking over FTX in November 2022, Bankman-Fried told The WSJ “this is a shocking and damning comment from someone pretending to care about customers.” SBF, as he is known, denied federal allegations last week, saying "I didn't steal funds, and I certainly didn't stash billions away."

N/A
Get Crypto Newsletter
Market Cap
24h Vol
42.49%
Bitcoin Share
38
Today News
Read the Disclaimer : All content provided herein our website, hyperlinked sites, associated applications, forums, blogs, social media accounts and other platforms (“Site”) is for your general information only, procured from third party sources. We make no warranties of any kind in relation to our content, including but not limited to accuracy and updatedness. No part of the content that we provide constitutes financial advice, legal advice or any other form of advice meant for your specific reliance for any purpose. Any use or reliance on our content is solely at your own risk and discretion. You should conduct your own research, review, analyse and verify our content before relying on them. Trading is a highly risky activity that can lead to major losses, please therefore consult your financial advisor before making any decision. No content on our Site is meant to be a solicitation or offer.