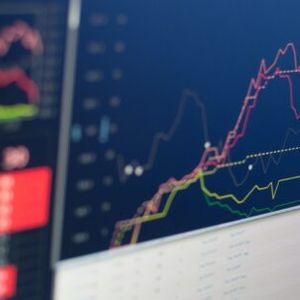 On-chain data shows the Binance USD (BUSD) exchange reserves have declined recently, a factor that may be behind Bitcoin’s slowdown. Binance USD (BUSD) Exchange Reserves Have Gone Down As pointed out by an analyst in a CryptoQuant post, there was a very large inflow of $250 million BUSD just a while ago. The “exchange reserve” is an indicator that measures the total amount of a cryptocurrency (which, in the present case, is Binance USD) currently being stored on wallets of centralized exchanges. Generally, investors swap their coins for stablecoins like BUSD when they want to avoid the volatility associated with other cryptocurrencies like Bitcoin. When these holders feel that prices are right to reenter the volatile markets, they shift their stables back into their desired coins. This can act as buying pressure for the specific crypto that they are swapping into. Investors usually make use of exchanges to swap these coins, which means that whenever the exchange reserve of a stablecoin like BUSD rises, it presents the possibility that holders want to buy back into volatile cryptocurrencies. A large enough increase in the stablecoin reserve can result in a high amount of buying pressure for other coins, and can therefore have a bullish effect on their prices. Related Reading: Bitcoin Drops To $20,700 As Miner Outflows Surge Now, here is a chart that shows the trend in the Binance USD exchange reserve (specifically for spot exchanges) over the past couple of months: The value of the metric seems to have been going down in recent days | Source: CryptoQuant As you can see in the above graph, the Binance USD exchange reserve observed a rapid increase a while back. Since then, however, the metric has been steadily declining and has hit significantly lower values now. But from the chart, it’s apparent that while the BUSD reserve was coming down from high values, Bitcoin had been rallying instead. This means that holders might have been actively swapping the stablecoin for BTC, thus providing a boost to its price. The graph also displays data for a metric called the “exchange netflow,” which tells us the net number of coins entering or exiting exchange wallets. When this metric has a positive value, it means investors are depositing a net amount of the asset to exchanges currently, while negative values suggest net withdrawals are taking place. A while ago, there was a huge positive spike in the Binance USD exchange netflow of around $250 million (which is what caused the reserve to blow up). This inflow may have been what helped the recent BTC rally. Related Reading: Asian Traders Behind Most Of Bitcoin’s Recent Gains, Report Reveals However, since then, there have only been outflows, which have taken the reserve back to the same level as before this $250 million spike. This suggests that buying pressure from this inflow has now dried up, which could be one of the factors responsible for the latest slowdown in Bitcoin’s rally. BTC Price At the time of writing, Bitcoin is trading around $20,700, up 14% in the last week. Bitcoin plunges down | Source: BTCUSD on TradingView Featured image from Nicholas Cappello on Unsplash.com, charts from TradingView.com, CryptoQuant.com

N/A
Get Crypto Newsletter
Market Cap
24h Vol
42.27%
Bitcoin Share
34
Today News
Read the Disclaimer : All content provided herein our website, hyperlinked sites, associated applications, forums, blogs, social media accounts and other platforms (“Site”) is for your general information only, procured from third party sources. We make no warranties of any kind in relation to our content, including but not limited to accuracy and updatedness. No part of the content that we provide constitutes financial advice, legal advice or any other form of advice meant for your specific reliance for any purpose. Any use or reliance on our content is solely at your own risk and discretion. You should conduct your own research, review, analyse and verify our content before relying on them. Trading is a highly risky activity that can lead to major losses, please therefore consult your financial advisor before making any decision. No content on our Site is meant to be a solicitation or offer.